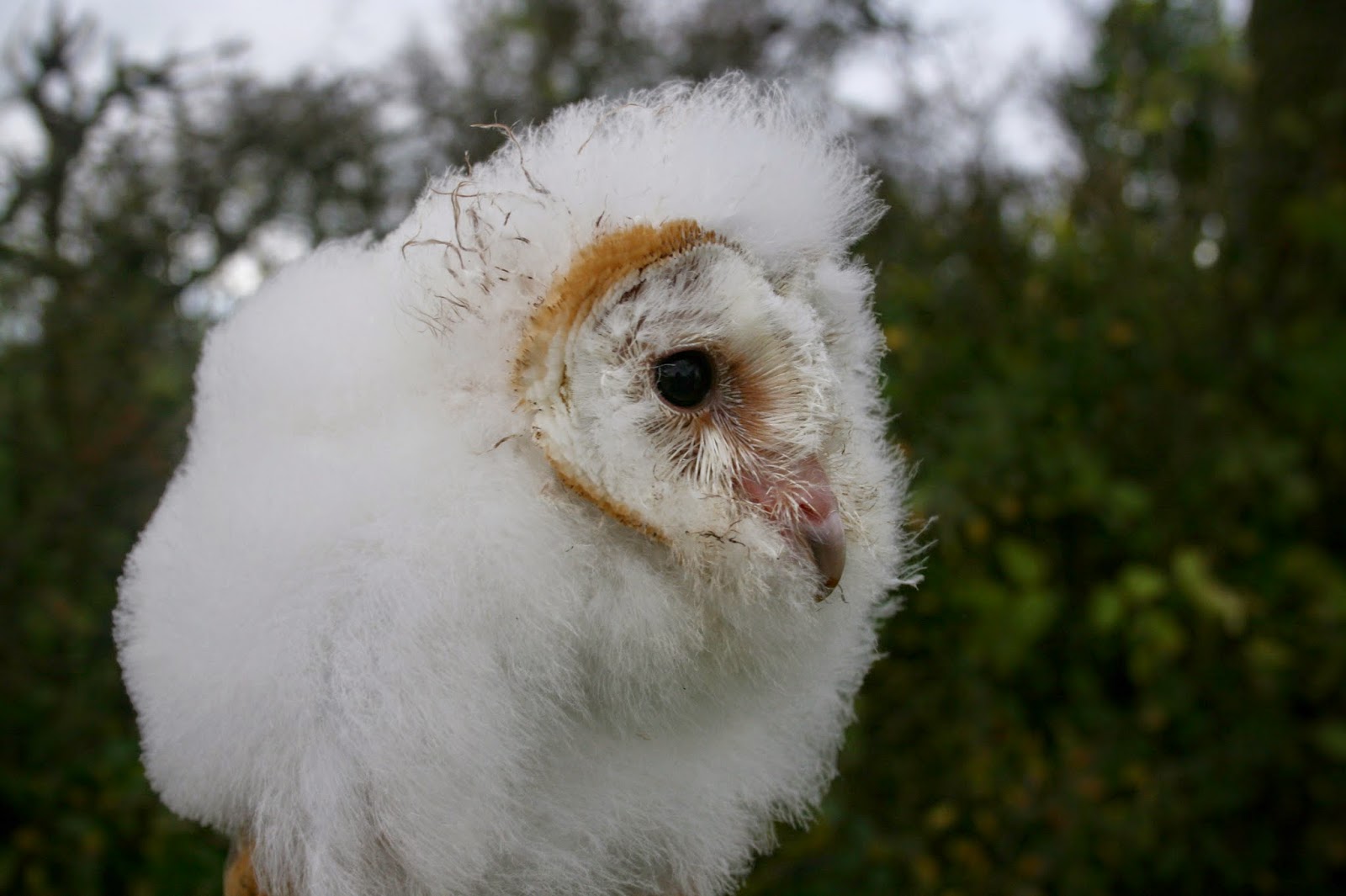 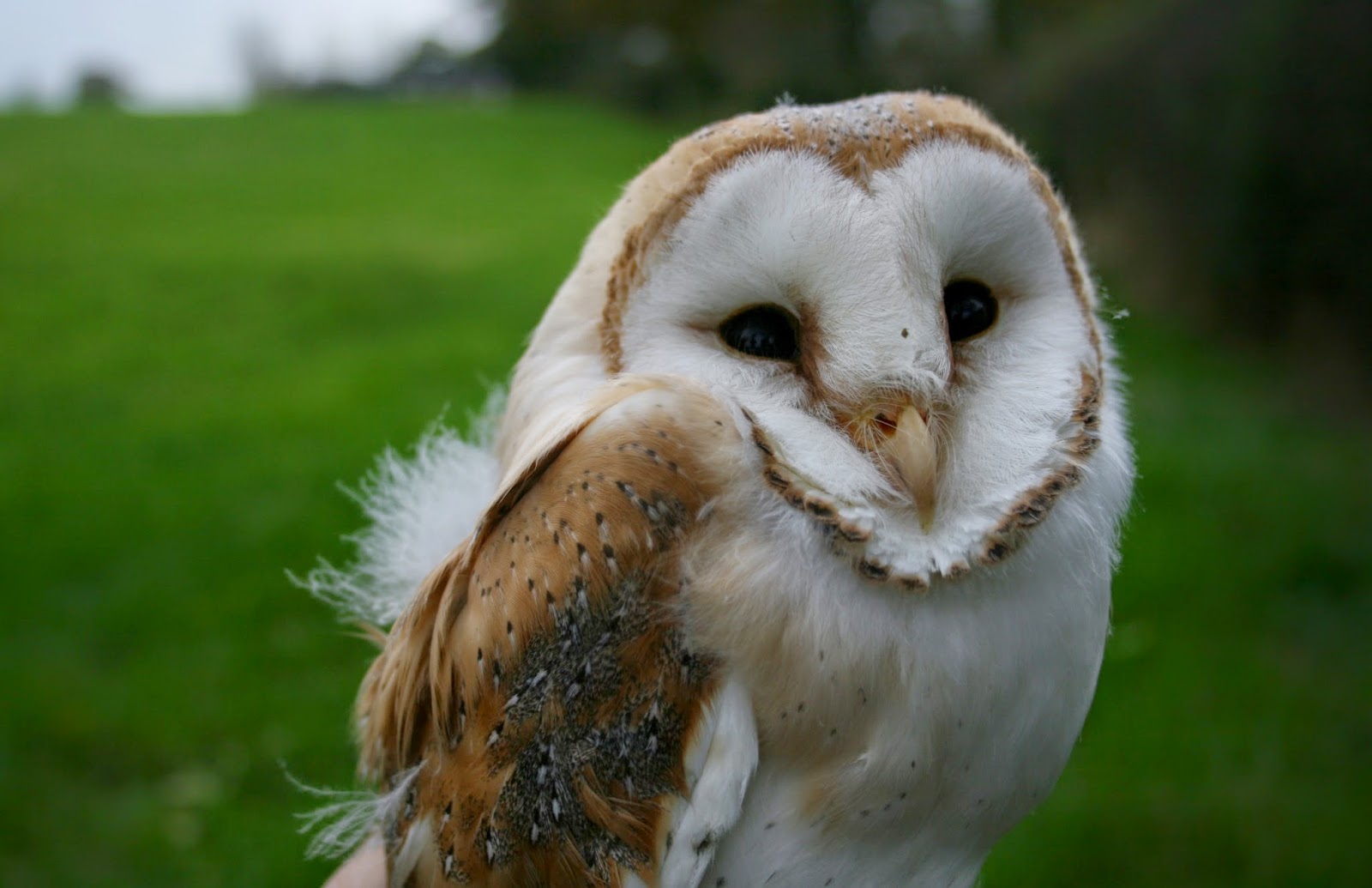 The discovery of this new female brooding her young owlets yesterday afternoon threw up a number of anomalies that go against conventional wisdom. At first glance the bird looked to be male; there was no diagnostic speckling on her breast or underwings and the edges of her facial disc were very pale for a female bird. The presence of a very large brood patch however did confirm the bird to be female. If weight is a good indicator of well being then this bird is very healthy indeed. She is the heaviest Barn Owl that I have ever encountered and I had to question the reading on my scales at first. They indicated that she weighed a staggering 497 grams which is  significantly heavier than what would be considered to be normal. I was sure that I must have made a mistake and went through the weighing process again in order to be certain. The readings did not change and I think that this lady must be the heaviest Barn Owl in Cheshire! 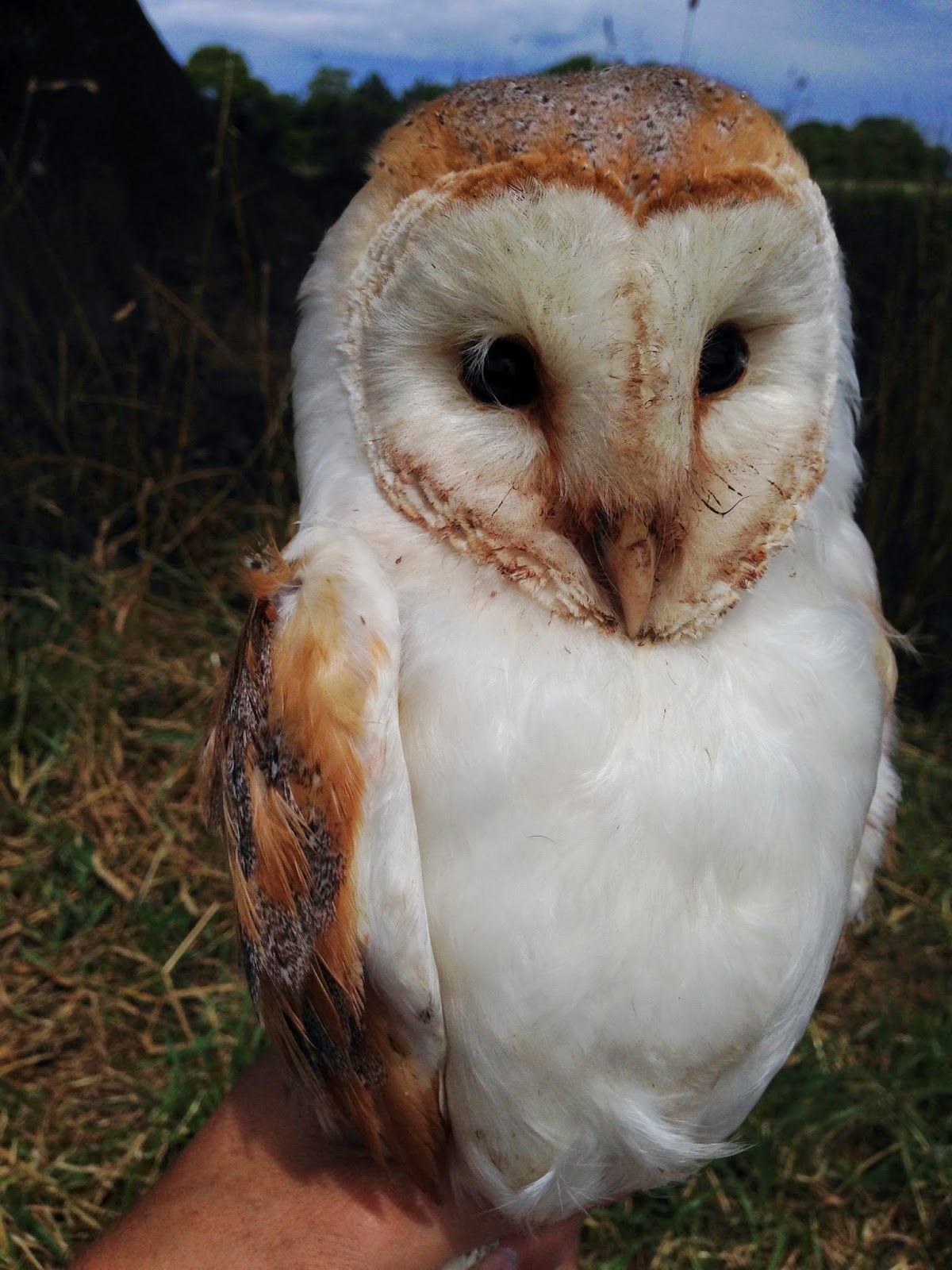 During our round of box checks this afternoon we discovered this female incubating six eggs at a farm near to Dutton. Her ring number revealed that she is a bird that I has first ringed as a chick in 2011 but also that she is the earliest female that I have found to be incubating her second brood of eggs in a single year following the successful fledging of the first. I had already ringed her brood of six owlets on 26 May at a different farm not too far away and they have already all been left to their own devices to find their way in the big wide world.. She has wasted no time at all in laying her second clutch of the year and in doing so has committed herself to a staggering minimum of four months of time being spent incubating eggs and brooding young this year. 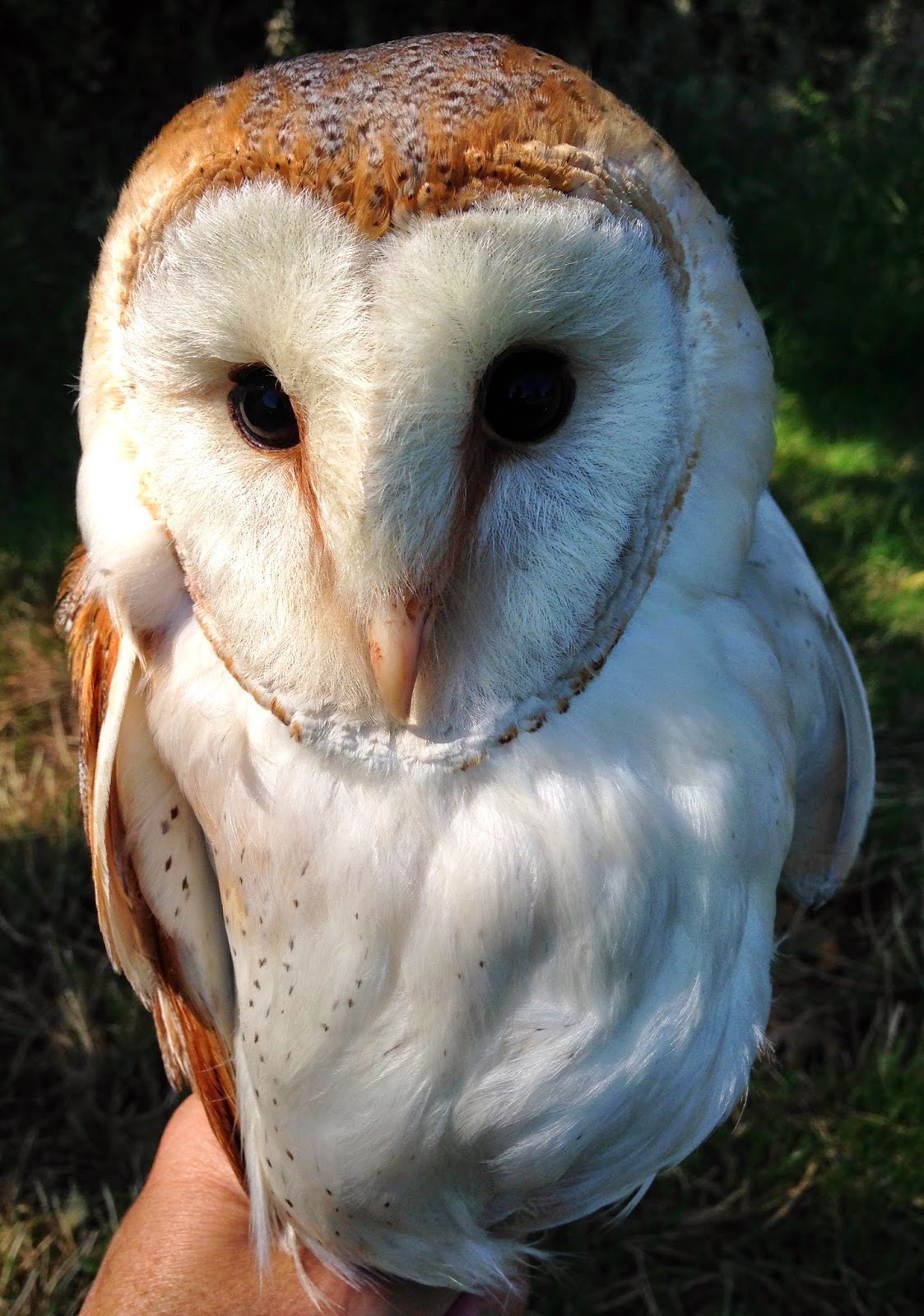 Last night the 200th Barn Owl chick of the year was ringed and, most appropriately, she was found in a nest box high up in the roof of an old barn along with her two sisters. It isn't too often that we manage to ring in excess of 200 owlets in a single season in our area and so this landmark is to be celebrated. Perhaps this season's achievement is the most significant as it follows our worst ever breeding season last year. With more broods still to visit it looks like 2013 will break our records for breeding success and productivity. 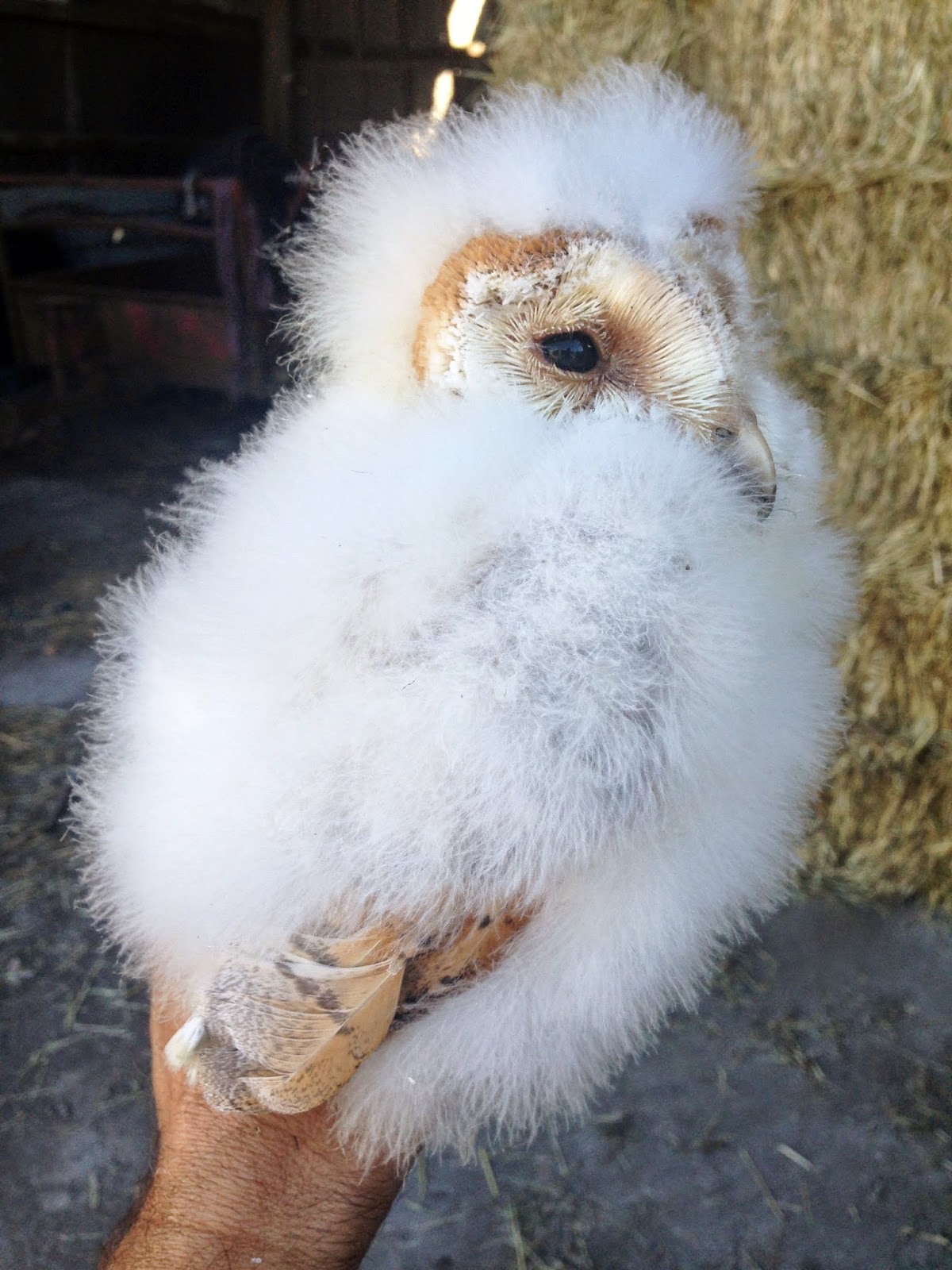 A farm visit yesterday to ring some Barn Owls resulted in the bonus of a new Kestrel site being discovered when a female was spotted flying from an old sandstone barn. High up on the front wall is a small opening which catches the afternoon and evening sunlight. The chicks could just be seen bobbing their heads up and down to see what was going on in the wider world below. Upon inspection the cavity does not go through into the barn itself, but opens up into a wider ledge inside the wall providing a secure place for the Kestrel to nest. Six chicks were huddled together inside, which is the largest brood of the year and takes the number of Kestrel young ringed up to forty nine. Just around the corner, no more than ten yards away, an owl window opens into the side of the barn where five healthy Barn Owl chicks were also ready for ringing. A great result for one farmyard. 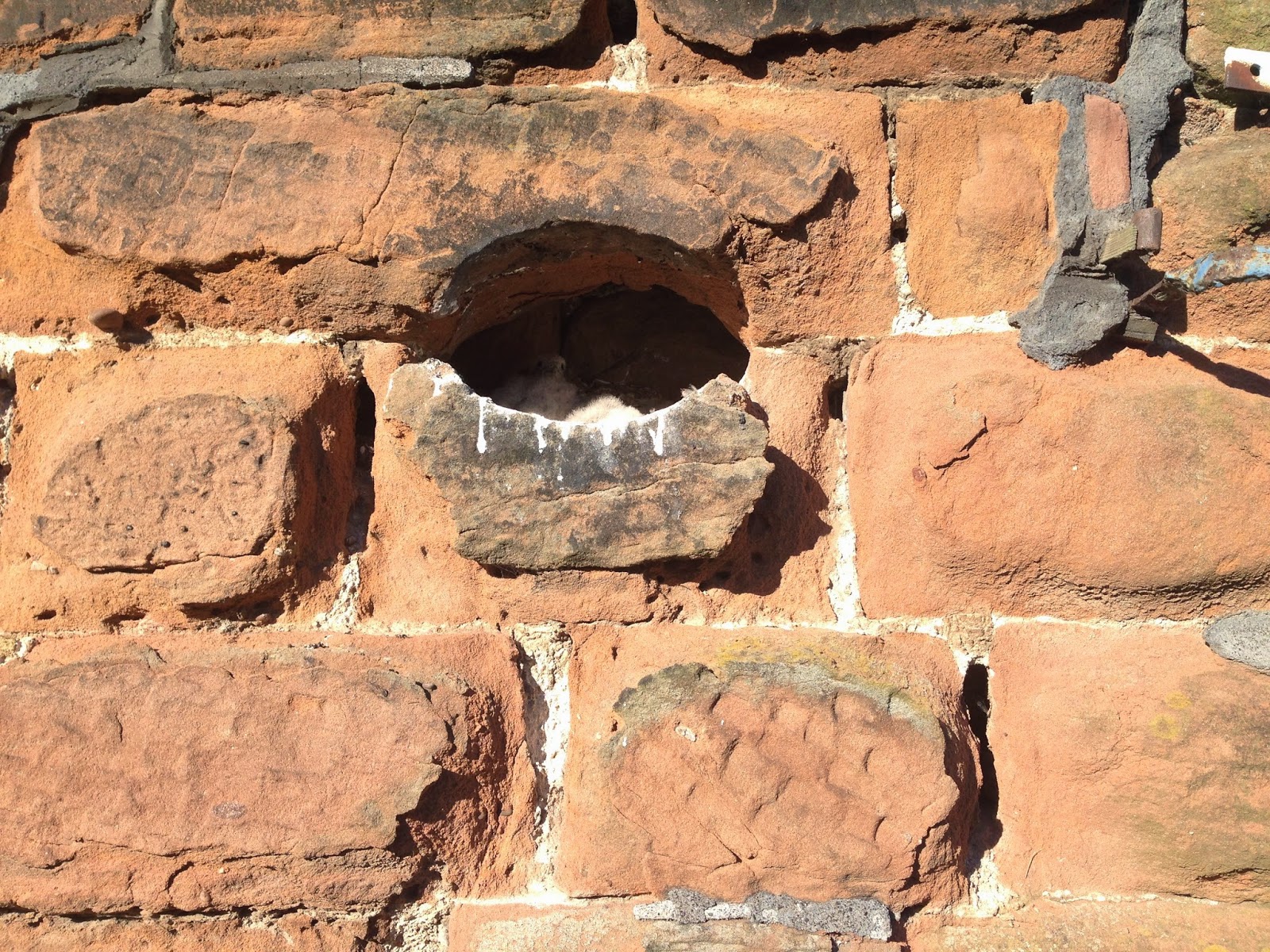 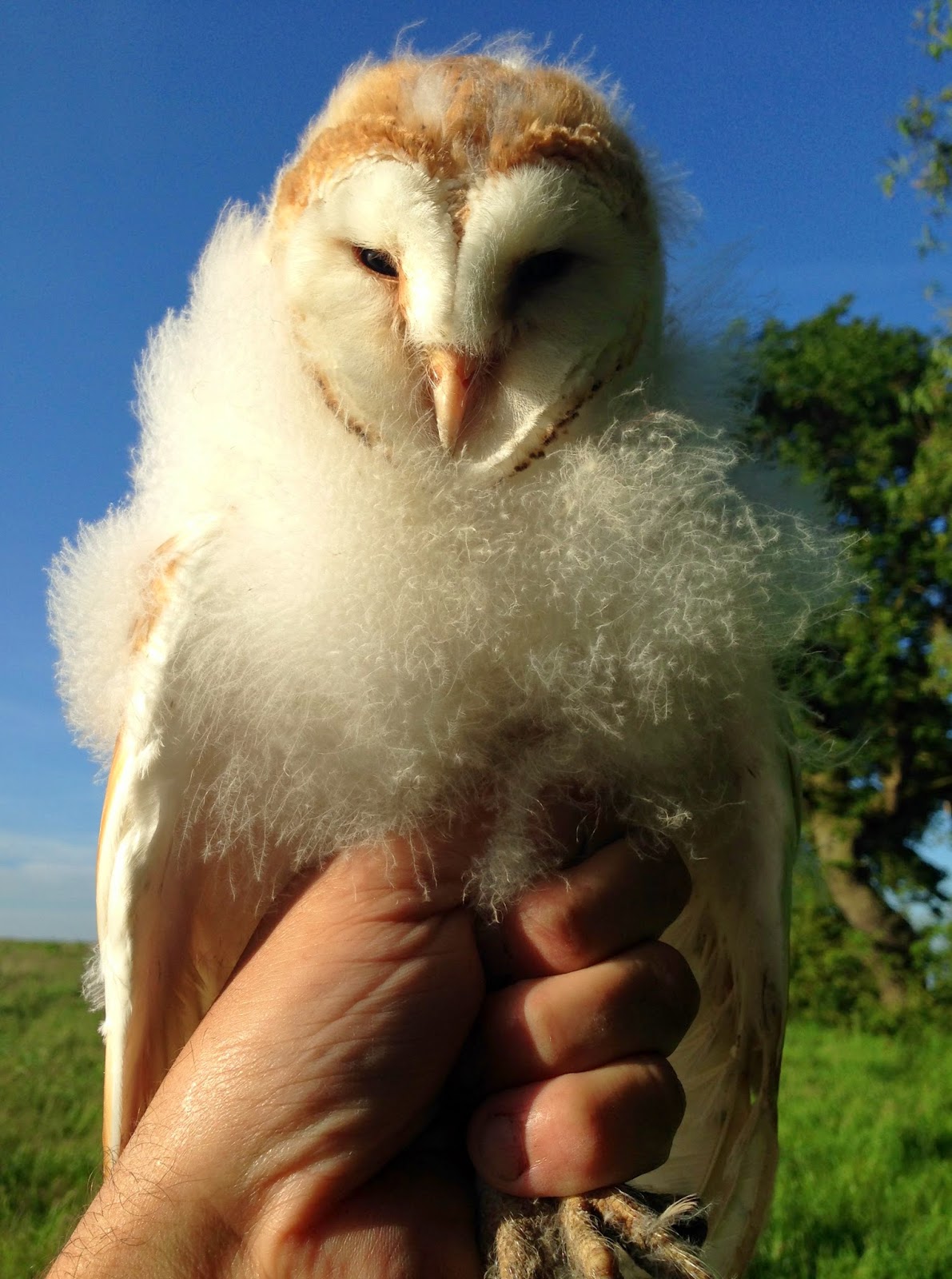 This year's breeding season is likely to prove the most productive ever. Tonight this handsome 49 day old male became the 150th owlet to be ringed this season and it shouldn't be too long before the next milestone of 200 is reached. Such good news after a dismal 2013.
Posted by Unknown at 20:59 No comments:

In April I reported that we had rescued a breeding Barn Owl that was buried under Jackdaw nesting material and debris; see here . When I had found her she was seriously underweight and it was impossible to say for how long she had been trapped inside the box. Yesterday I returned to the farm to see what had happened to her, although realistically I knew what was likely to be discovered.

The female had been forced to abandon the tiny chick and her clutch of eggs in order to feed herself in order to regain body weight and optimal condition that may enable her to try and breed later in the year. Although this does seem harsh, it makes perfect biological sense in that she is already part of the breeding population and her survival is key. Although the brood has sadly failed it is still pleasing that she was rescued and lives to fight another day.